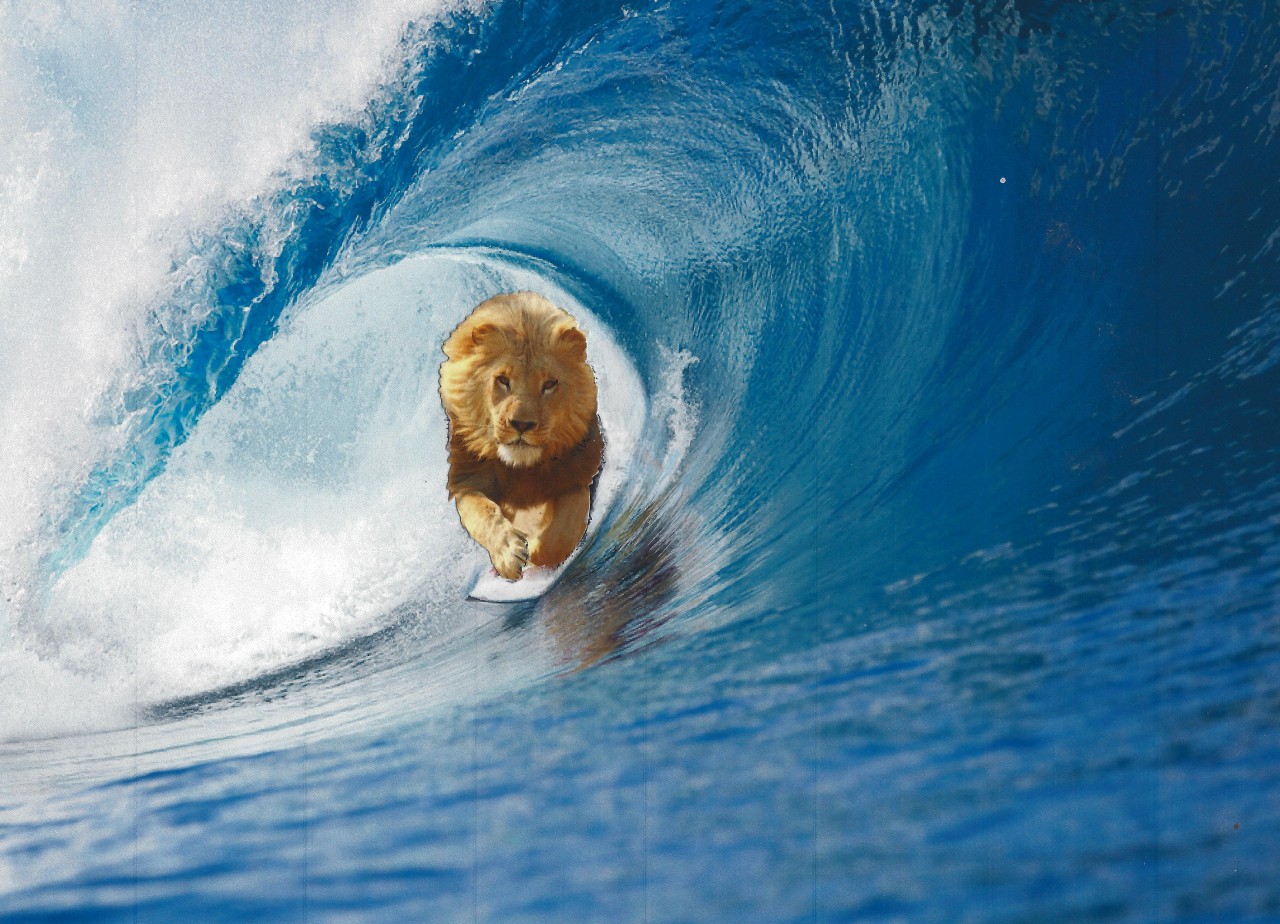 As discussed in my recent article “The Big Cat and Public Safety Protection Act”, I referenced the fact that there were no less than 41 countries that had established either full or partial bans of the use of exotic animals in circus acts. (www.stopcircussuffering.com) Yet the United States Congress has failed to push through similar legislation; although certainly not for a lack of effort.

On November 3, 2011, H.R. 3359 was introduced to the 112th Congress by Representative James “Jim” Moran of Virginia and cited as the “Traveling Exotic Animal Protection Act”. This bill presented ten compelling reasons as to why this act deserved passage into law:

1. The traveling circus is detrimental to animal welfare due to the adverse effects of captivity and transport;

2. The severe confinement, lack of free exercise and the restriction of natural behaviors, animals are prone to health, behavioral, and psychological problems.

3. The tricks performed require extreme physical coercion techniques, including the restriction of food, the use of elephant hooks, electric shocks, metal bars, whips and other forms of abuse;

4. The welfare of the animals subject to the conditions in a traveling circus (constant travel, limited facilities, long periods of restricted movement, and physical coercion) will inevitably be compromised, which can lead to increase risks to public safety.

5. Animals in traveling circuses pose an additional risk to public safety because such animals have wild instincts and needs and have demonstrated unpredictability;

6. The use of collapsible, temporary facilities in traveling circuses increases the risk of escaping exotic and non-domesticated animals seriously harming workers and the public;

7. Traveling circuses bring people dangerously close to exotic and non-domesticated animals by displaying animals in inappropriate, uncontrolled areas that are not suited for the exhibition of such animals;

8. It is not possible to provide exotic and non-domesticated animals with facilities sufficient to maintain the optimum physical and mental health of the animals because of the suffering caused to the animals by the nature of circuses, in which restriction of movement, separation from natural groupings, restriction of food and water, and physical abuse are prevalent;

9. Due to the mobile and transitory nature of traveling circuses, law enforcement authorities cannot properly monitor the conditions of the animals or follow up on previous infractions by traveling circuses; and

10. Restricting the use of exotic and non-domesticated animals in circuses is the most cost-effective and efficient way to safeguard both animal welfare and public safety.

This bill was again introduced in the 113th Congress as H.R. 4525 and as of December 11, 2014 had garnered the support of a total of 31 co-sponsors…30 Democrats and 1 Republican; but had yet to move from the House Sub-Committee on Agriculture to the floor of the House for further debate.

The question of course is why? This bill is 5 pages long, contains no earmarks, no hidden agendas, and no legal ease. It is straight forward in its wording and requires no legal counsel to understand the intention of the bill. And few would disagree with the rationale referenced in the ten points above.

The logical answer might be that Congress was focused on broader issues such as domestic policy and international affairs, and simply  have not had the time to seriously consider this bill. And there are certainly domestic and world issues that will keep any of us up at night.

However, sub-committees are formed is so that all 435 House members and 100 Senators need not be immediately concerned with every piece of introduced legislation. The sub-committees vet those specifically assigned bills, then determine which ones are selected for further discussion before presented before the full body of the House or Senate for further debate.

Or perhaps it is because the members of the Agricultural sub-committee were paying attention to the desires of their constituents and were simply abiding by the wish of the people.

However, according to OpenCongress.org, there were 72 letters submitted by the respective constituents, and of those, only 7 were against this bill. For those mathematically challenged, that would be 90% in favor of this legislation and 10% against.

Perhaps, it is in the fact that Republications outnumber Democrats on the Agricultural Sub-Committee 26 to 19; and the Republicans tend to be proponents of smaller government; and may view this as a state issue rather than a federal issue. And of course, state and local government do have the authority to pass similar restrictive legislation in their respective jurisdictions.

And for the record, according to http://www.bornfreeusa.org, a total of 46 state and local jurisdictions have indeed established local restrictions concerning traveling shows and circuses.

However, the most likely culprit is in that fact that campaign contributions and lobbying have a significant impact and influence on legislative matters. If they didn’t, then campaign reform would never be debated, and lobbyists would not exist.

According to Influence Explorer, an organization that collects data from reputable and independent organizations such as Center For Responsive Politics, the National Institute on Money in State Politics, Taxpayers for Common Sense, the Project on Government Oversight and USA Spending.gov, one of the better known traveling circuses has contributed in excess of $600,000 to various Congressional representatives, excluding addition contributions made to various Political Action Committees. This organization has also spent $2,110,000 on lobbying efforts.

This should not be construed as a criticism of the lobby profession, as lobbyists are necessary to educate legislators as to the nuances of various pieces of legislation, its purpose, its benefit, etc.

Nevertheless, lobbyists are also advocates of their client.  Therefore, the “spin” will always be to the benefit of the party paying the lobbyist(s). So, of course, the lobby advocating on behalf of the circus industry will naturally present evidence and arguments in an attempt to compel the legislators to vote against this bill. The reality is that this is the nature of the beast of American politics; good or bad.

So, the question is, do you believe campaign contributions and lobbying efforts influence a lawmaker’s decisions? And is there any surprise that the general trust of politicians remains at such low levels? As noted below, the American National Election Study (ANES) polled Americans as to their trust in government.

IN SEARCH FOR A MORE COMPASSIONATE WORLD

Political views aside, there are very few countries that offer the opportunities and the freedoms found in the United States. So, we must always try to strike that balance. We do not want an over-arching government that restricts its citizen’s rights. At the same time, trusting people to police and regulate themselves doesn’t work either. So, laws and lawmakers will always be necessary to ensure protections of the general public.

Unfortunately, our track record in animal protection is certainly not one many would be proud. And contrary to what many people believe about animal rights activists, these groups are not arguing that animals rights are superior to human rights, or even equal to that of humans.

What they seek are assurances that the animal’s voice has some say so in the debate. And because animals haven’t quite mastered the human language, someone must speak on their behalf.

Does that mean you have to agree with every cause taken up by PETA, The Humane Society of the United States, the ASPCA, the World Wildlife Fund, the International Fund for Animal Welfare and the many other international, national, state and local animal rights organizations? Of course not.

But, you should at least understand the underlying tone of the message. And that is simply that we are not the only living, breathing creatures on this planet. We need to do a better job of sharing this world with these other souls. And we also need to do a better job in general, finding more compassion and kindness, care, and respect; not just toward the animals, but also to our fellow man.

And perhaps some of us need to upgrade our moral compass entirely; because the magnet is broken, the needle is spinning out of control and it definitely no longer points true north.

IF THEY CAN DO IT…

And with all due respect to the other 41 countries, most would agree that the United States is economically leaps and bounds ahead of many of these other nations. However, the failure to act on common sense legislation certainly raises the question as to whether or not we are morally inferior. Actually, this doesn’t raise the question. Apparently, we are.

And for a moment, forget about the standard defensive positions of (1) jobs would be lost and (2) this is another example of an over-arching government meddling in the affairs of private citizens. Look at this this way.

According to the ASPCA, approximately 37% to 47% of U.S. families own at least one dog and 30% to 37% own at least one cat. No matter where the percentages fall, a significant portion of the population owns one or the other.

And if not a dog or a cat, perhaps a bird, a hamster, a rabbit or another animal. So, would you want your dog or cat housed in a cage similar to this below for 24 hours a day, seven days a week…barely enough room to even turn around; with the only true escape being during actual performances and rehearsals?

Is it easier to be devoid of emotion because these lions don’t have a name, or because they are not your loved pet? Because when I look in their eyes, I see a soulful spirit. I see a smart, intelligent animal. I also see sadness. And if they could talk, they would ask you for their freedom…something the majority of us probably take for granted.

THE SHOW MUST GO ON

Would banning exotic animals from circus acts impact profits and impact jobs? Probably…if we just continue doing everything the way it’s always been done. So, can a circus survive and thrive without animal acts?

That question can be answered rather easily… Cirque du Soleil. Guy Laliberte, founder of Cirque du Soleil, had projected record profits of $250 million on revenue of $1 billion in 2011.   And a BBC.com article published in December 2013 discussed how this company had been a consistent generator of $1 billion+ in revenue per year.  Cirque du Soleil also employs 5,000 humans (no animals), has been seen by more than 150 million spectators and in more than 300 cities around the world.

As noted in blueoceanstrategy.com, “what makes this rapid growth all the more remarkable is that it was achieved in a declining industry “ and that “alternative forms of entertainment – ranging from various kinds of urban live entertainment to sporting events to home entertainment – cast an increasingly long shadow.”

But Cirque du Soleil was smart and began targeting to a whole new group of customers: adults and corporate clients – those prepared to pay a price several times as great as traditional circuses; and did not necessarily cater to children, who are the draw of the typical circus. So, can circuses survive and thrive without animal acts? Yes, but they must change with the times…as we all must do.  It is true that the seven words of a failing business are famously quoted as “That’s the way we’ve always done it” or “We never did it that way before.”

I don’t know what must be said or proven to convince Congress that this bill – which I presume will be introduced again in the current legislative session; and the more substantial and impactful Big Cat and Public Safety Act are worthy of law.

These bills are ethically and morally correct.  They are justified and warranted. And yes, this will require certain businesses to reinvent themselves; and it is possible that some might not survive this change at all. However, our decisions need to begin reflecting a better balance of profitability, creativity, compassion and ethics.

Decisions can no longer be based solely on the desires of the few, and need to begin consciously considering the impact the decisions have on our world and environment today, as well as tomorrow.

Take Action to Save Big Cats